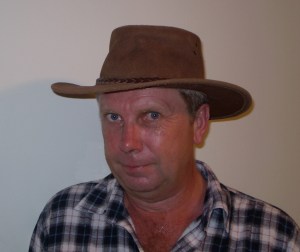 The above is a photo of scam artist Craig Hill (The self-appointed "editor" of the China Daily Mail Blog). His full legal name is "Kenneth Craig Hill" and on August 17, 2007 the Queensland Court of Australia ruled that he was mentally disturbed.  Prior to this point Craig worked as a prison guard in Australia until he was asked to resign. You can read about that episode at this link:

According to China Scam Patrol and 2 former China ESL employees, Craig has been working undercover as a recruiter of foreign teachers for China ESL - the largest and longest-running scam agency in China.  He recruits through collecting emails at his China Daily Mail blog and places over 50 free ads on Craigslist, and many ESL/TEFL forums including those listed below:

According to former China ESL employees, Craig lured over 300 teachers to be swindled by Rebecca over the last 2 years and he was paid between $500 and $1,000 for each teacher he was able to recruit.

In 2009 Craig ran an email scam on thousands of people and that scam is explained at this link:

Craig was also featured at www.ChinaScamBusters.com and www.CleverChinaCheaters.com. Here is the article China Scam Patrol posted about him:

For more photos of Craig and the Australian Court Documents that confirm he is mentally disabled visit this link: